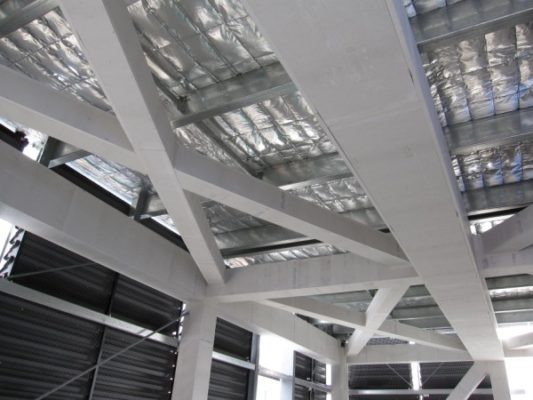 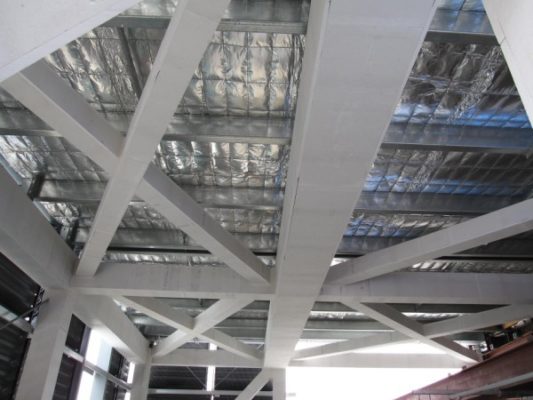 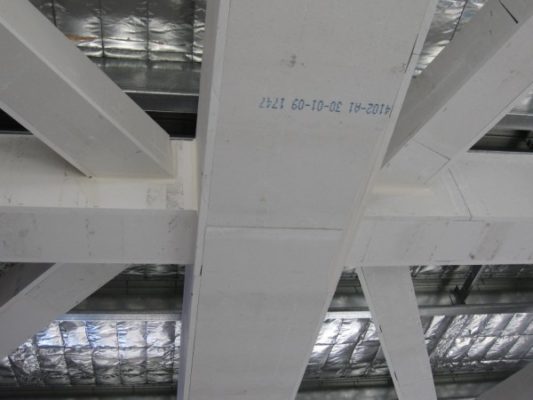 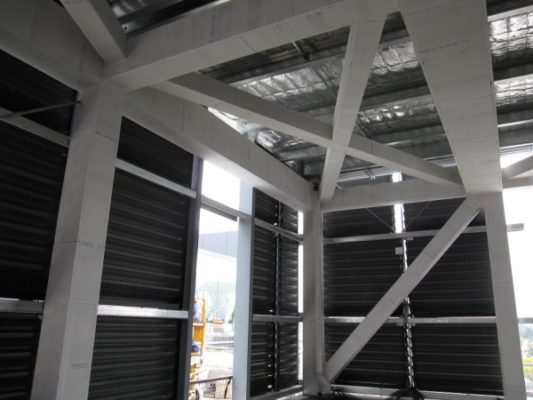 FRS has been involved in many hospital projects over the past few years due to both Federal and State Government funds flowing into these market segments. The Walter & Elizabeth Hall Institute (WEHI) has been one of these projects. Situated off Flemington Road behind the Royal Women’s Hospital the facility will be a quality example of medical care in Victoria.

Typically and historically structural steel has been protected using a spray on coating. In the past mineral wool and asbestos sprays were applied and due to their carcinogenic effects were phased out many years ago. Vermiculite, a gypsum based coating, is the product in use today and poses great cost and time advantages.

However for WEHI the specification from the architect / client called for the use of Fire Rated Board to protect the steel, something that FRS was also capable of supplying. The extensive use of Promatect P100 boards, composed of a calcium silicate base, was incorporated into the construction schedule. Three different sizes were required as well as many difficult intersecting sections and steel layouts. FRS employees familiar with Fire Rating that are also registered carpenters were given this complex task which was a resounding success as you can see in the corresponding photos.

On completion of the project, as with all other works that FRS complete, a Fire Certificate is issued with the relevant Australian Standards and the BCA references so that there is no issue when the day comes to apply for the Certificate of Occupancy.